It will be another sombre Hari Raya this year as the world is still grappling with the effects of the Covid-19 pandemic. Some of the traditions that make Aidilfitri in Malaysia unique like Balik Kampung and the Open House have to be shelved for obvious reasons. But thankfully, we still have the songs. Evergreen, melodic gems that never fail to lift our festive spirits.

But what makes a festive tune – that comes in an array of genres – evergreen? We asked some of our industry friends for their thoughts on these 10 wonderful Hari Raya songs…

Balik Kampung (Sudirman)
Composer and producer Zul Mahat recalls how there weren’t that many Raya songs when he was growing up and as such, the ones played on heavy rotation on the radio stuck in people’s heads for the longest time. And one of those tunes included the late Sudirman’s chirpy, going-back-to-your-hometown anthem, with lyrics vividly describing the journey to a picture-perfect familiar landscape. “The song simply evokes that sense of eagerness to see your kampung, and meeting your grandparents and relatives there,” says Zul. “And it’s so easy to sing along to!”

Dendang Perantau (P. Ramlee)
One of the oldest Raya tunes includes this gem of a composition by Malaysia’s greatest artiste, the late Tan Sri P. Ramlee (with lyrics by S. Sudamarji). Timeless and sang with so much soul, it tells the story of a man who had left his hometown and is thinking of his loved ones on Hari Raya. “The song simply resonates with many of us,” says hip-hop artiste, Altimet. “And that creates emotional engagement which gets transferred to subsequent generations.” And it’s especially hard for any Malaysian overseas not to shed a tear or two listening to ‘Dendang Perantau’ on Hari Raya morning.

Seloka Hari Raya (Uji Rashid & Hail Amir)
Featuring two of the most iconic stars of that era, Uji Rashid and Hail Amir, ‘Seloka Hari Raya’ has an uplifting melody and is packed with wise advice in its lyrics. “Their unique voices complement each other perfectly,” says popular 90’s vocalist, Kamal. “And it’s simply a catchy and engaging song. That’s why you never get tired of it.”

Satu Hari Di Hari Raya (M. Nasir)
Different Raya tunes also evoke different deeper meanings depending on when you first hear them. Mohammad ‘Izzee’ Sulaiman, vocalist of the ‘90s group Shades, says: “For example, ‘Suasana Hari Raya’ by Anuar & Elina brings plenty of childhood memories for me, while M. Nasir’s ‘Satu Hari Di Hari Raya’, reminds me of the spiritual part in life as I turned into an adolescent.” Indeed, this rather melancholic masterpiece invites its listeners to reflect on the blessings of the Almighty and the beauty of gratitude and repentance.

Selamat Hari Raya (Ahmad Jais)
With a distinctive horn section intro, this Ahmad Jais gem of a Raya tune is also one of the most requested songs on the radio during the season, says former Era and Suria FM deejay Halim Othman. “And it’s my personal favorite too,” he adds. “The song aptly describes how we feel about the occasion without being too sad or sentimental. That’s why it’s so special in many people’s hearts.”

Suasana Hari Raya (Anuar & Elina)
You can’t help but to instantly smile as the intro to this Raya favourite begins. The song’s festive feeling seems to spontaneously overwhelm the listener. And you can attribute this to the young and fresh voices of Anuar & Elina. “I remember watching them singing and dancing as kids, all clad in baju melayu and baju kurung and I was just spellbound,” says award-winning lyricist Shah Shamshiri. “It was in the 80’s and there weren’t that many child acts, so they really caught my attention. Apart from their voices, the lyrics are really on-point and relatable; talking about how we’ve completed fasting and it’s time to revel in the festivities!”

Sesuci Lebaran (Siti Nurhaliza)
It is amazing too how Raya tunes take the form of so many different genres. Pop Queen Siti Nurhaliza’s ‘Sesuci Lebaran’ was released during an Irama Malaysia renaissance led by Siti herself and Noraniza Idris. “The song appeals to a wide demographic due to its music arrangement and the wonderful vocals of Siti,” says award-winning producer and composer Ahmad Izham Omar. “Even at a young age, she was already showing why her vocals are of a different level than her peers. It wouldn’t be Raya without hearing this song.”

Menjelang Hari Raya (DJ Dave)
Probably the most out-of-the-box Raya tune ever is this one by DJ Dave. “Imagine, a Raya song with a dance arrangement!” says composer Mohariz Yaakup. “No one had thought of it, and if you really think about it, there shouldn’t be a link between disco and Hari Raya, but it worked!” While it won’t exactly get you to boogie on down, ‘Menjelang’ does get the feet tapping while you tuck into some scrumptious Raya delicacies.

Cahaya Di Aidilfitri (Black Dog Bone)
“I think that everyone loves ‘Cahaya Di Aidilfitri’ particularly because it comes from a period when the last good Raya songs came from,” says Singapore crooner Imran Ajmain. “The typical minor-chord melody is easy for music lovers to appreciate, so everyone who enjoyed rock music from the 70s till today will appreciate the chorus and melody.” Undoubtedly too, this S. Atan composition is one of those tunes that will hit you right, as they say, in the “feels”.

Suasana Hari Raya (Sharifah Aini)
Of course, this list wouldn’t be complete without mentioning this classic featuring the golden voice of the late Dato’ Sharifah Aini. The mention of rendang, ketupat and kuih muih is already enough to put us in the mood for a feast. “The melody and arrangement are rather simple, but it’s so meaningful to everyone who’s gone through 30 days of fasting,” says Kamal. “And no one can sing it like the one and only Sharifah Aini.”

This article was first published on redbull.my 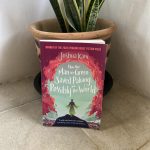