Less than a month after we launched Gendang.com.my in February 2020, the whole world changed due to the Covid-19 pandemic. Our editorial plans were immediately rendered irrelevant. Features had to be shelved, opinion pieces had to be deferred and just like everyone else, we looked on sadly as the creative industry came to a grinding halt.

But after the initial shock of a new normal subsided, the scene switched to survival mode and we at Gendang took it as our very own challenge to help lift spirits up and continued to write about and highlight issues, efforts and happenings from our much-affected industry.

And we would like to give a special shout out to all our readers for the encouraging response and feedback since we began. Every click and comment are very much appreciated!

And here are your 10 most favourite stories by Gendang in 2020:

10. 8 Malaysian Movies on Netflix You Must Watch

Cooped up at home for most part of the year, online social and entertainment platforms became the go-to anxiety reliever for most of us. Gendang put up a slew of lists of what’s available for local film and music lovers, including these gems to check out on Netflix. Click HERE to read the story.

In the early days of the MCO, Gendang looked at how the pandemic was affecting the creative industry, and it wasn’t a pretty picture, to say the least. Productions and activities stopped immediately, jobs were lost, and everyone was at a loss as to how the scene would ever recover. Click HERE to read the story.

Without a doubt, ‘Daulat’ was the year’s most anticipated film. After releasing a couple of teasers earlier on, the political thriller landed on streaming platform iflix, free and uncensored in early April. This is Gendang’s review of the film that will forever be remembered for daring to be different in its content, as well as the timing of its release. Click HERE to read the story. According to the FINAS official website, only 23 local films made it to the cinemas this year (up till October 2020). And this included the horror comedy flick, ‘Jodoh Syaitan’ which Gendang also reviewed. Click HERE to read the story.

6. Malaysian Musicians Come Together With the #MalaysianMusicCoverChallenge

It looked and felt hopeless for our musicians when the lockdown was first announced, but they eventually started to find ways to keep on performing and entertaining the masses, including this one noble effort. Click HERE to read the story.

5. Tony Eusoff: “I Had My Guards Up but It Was a Joy to Work on Daulat”

Apart from the intriguing storyline and plot twists, ‘Daulat’ also saw some strong performances by its cast, including Tony Eusoff’s. One of the country’s finest thespians, Tony easily made us hate his character, the corrupt and conniving ex-prime minister, Hassan Bana. Click HERE to read the story.

4. How do M’sian Radio Stations Decide Which Local Songs Get Played? We Find Out

It remains a mystery to most of us. “How come we have to hear this song on radio when that awesome band just released a masterpiece?” we sometimes ask. Well, Gendang got to the bottom of things for everyone’s benefit. Click HERE to read the story.

The next Anugerah Juara Lagu slated to be held on 7th February 2021 will be its 35th edition. Even if you don’t watch its weekly chart show, ‘Muzik Muzik’, we’re pretty sure you’re part of the millions who tune in each and every year to find out who will be taking home the prestigious AJL trophies. How did it all begin? Gendang lays it out all for you. Click HERE to read the story.

2. The Innuendo Story: How It All Began

Arguably the nation’s finest vocal ensemble ever, Innuendo was meant to reunite for a special show in April when the pandemic meant it had to be postponed indefinitely. But this look-back of the group’s rise to the top by none other than Ahmad Izham Omar was one of Gendang’s most popular pieces in 2020. Click HERE to read the story.

1. Meet Avienne from Penang – the Lead Singer of a Metal Band in Portland, Oregon

A Malaysian fronting a metal band from Portland, USA? You better believe it! Penang-born Avienne moved to the States to further her studies but life took a different turn when she answered a band recruitment ad on Craigslist. And today, she records, performs and tours with a kick-ass, progressive metal outfit called VINTERSEA! Click HERE to read the story. 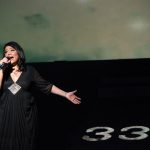