If you haven’t already, read pt 1 of the article here.

Different formats of production requires different styles and what is more important, regardless of those styles of productions, all crew members must work together. The skills set, equipment, budgets, length of time and depth of creative processes vary depending on whether you are shooting films, telemovies, TV series, live shows or documentaries.

In the TV business, it is known that production house deliver partial series, like episodes 1 to 7, first, in order to get half of the payment from the broadcasters. The delivery of the remaining episodes 8 to 14 concludes the deal with a final payment. This helps ease the burden of working capital constraint and hence, producers are able to pay their crew, cast members, directors, writers as well as financiers on a more timely and favourable manner.

Titles that are closely associated to certain events may have its own unique time requirement. For example, the movie ‘Santa Claus’ presumably has to be ready for the cinemas just before the Christmas festive season.

In Malaysia, many entertainment programmes are shot and completed in time for its airing on TV during Hari Raya Aidilfitri. When time is of the essence, everything else is affected. Editing requires careful creative touch.

Imagine that you have shot 3 hours’ worth of recordings and you will now have to edit and slice and dice it into a 2-hour programme – editing with such position has the risk of producing a disconnected series of scenes in a story line. What is worse, the resources utilised in producing the unused portions has now gone to waste. Such wastes must be reduced to an optimal level, if not eliminated.

In a “live” show, we do not have that luxury. Everything must be at a zero error rate.

A couple of years back, AJL had fire issues during a commercial break. Being a “live” show on TV, the crew worked at a miraculous speed to extinguish the fire and repair the stage in time for the new set to be installed for “live” session to resume its direct telecast on the TV screen. This is a bit too thin for a “live” show but things happens. Of course, such errors are costly as it causes delays. Again, “Delays in production loses your money”.

Props management is an element worth dissecting for the purposes of cost optimisation. In a TV broadcasting environment, there are various frequencies to the different programmes. Some are dailies like talk shows (eg. ‘Malaysia Hari Ini’ (MHI) and news and current affair programmes (eg.  ‘Buletin Utama’). Some are weekly programmes like documentaries (eg. ‘Majalah 3’ and ‘999’) and entertainment programmes (eg. ‘Muzik Muzik’ and ‘Mentor’).

In any case, careful consideration is required in determining the types of prop. A daily programme runs for 365 days a year making it worthwhile to invest in permanent and slightly more expensive props.

The less frequent ones may need props that are accommodating such as transformable props that can be converted from one look to another or the use of various electronic displays that can easily change its images. Some studios are known to have different settings for different walls in the same studio.

Editing between long formats and short formats can uncover opportunities especially in this digitally disrupted era. Many broadcasters have now opted to also produce short content that has better traction online.

A research done by an international consultant on the subject ‘TV audience versus Online audience’ revealed that the attention span of the millennials are worse than that of a gold fish in the glass bowl. If we are to put that gold fish in the bowl in front of a TV set, that gold fish will probably watch TV at a longer duration than a 12-year-old kid.

Formats are not just about duration. It is also about the mode of the content. In 2009, TV3 produced a series called ‘Nur Kasih’ that became very popular. The producers were in dilemma on whether they should produce the second series on TV or a movie. After much consideration, they had decided to produce a movie sequel to the series a few years subsequently.

Fast forward to 2019, TV3 had commissioned Radius One to do a sequel TV series, ‘Nur 2’, to continue the saga of  the successful first season, ‘Nur’. In fact, they may also toyed with the idea of producing a movie as its following sequel.

On another title, ‘Pujaan Hati Kanda’, also a successful TV series, TV3 had decided to do a Hari Raya special telemovie instead of a sequel or a film. All these opportunities must be identified swiftly and actions taken nimbly.

Co-production with other companies are beneficial as it allows the pooling of funds into a bigger sum that allows better production. This also limits the risk of financial loss as the participating production houses share both revenues as well as costs.

In 2019, Media Prima, Astro, MM2 and Infinitus joined force to produce the movie ‘Sangkar’. On the TV side, MediaCorp and Media Prima had also joined forces to produce various Chinese dramas that are aired in both Singapore and Malaysia.

The beauty of such partnership is that all participating partners have their own strengths that can now be synergised and combined to create a favourable outcome. Astro, Media Prima and MediaCorp, of which all three are TV broadcasters, offer valuable media inventory for the promotion of those movies. This helps to save approximately 30% of a typical production budget.

What is more compelling is that those broadcasters do not even have to incur cash outflow for the media inventory as they can easily use unutilised commercial airtime that would have been perished anyways had it not been used. For this, it is always optimal to partner with others who have strengths that you do not have. The mindset of ’Indie’ production that embrace some form of arrogance sugar-coated as independence will not enjoy this.

Illustrating a hypothetical example, a RM6 million movie production should typically incur about 30% of that production cost, i.e. RM2 million, as its Advertising and Promotion (A&P). This is a huge amount of money.

Of course this presumes that the programme has been created for its intended audience; if not, your production will be a white elephant. Producers must have in mind the tastes of its intended audience. They cannot be stuck in a self-indulgent mode (Syiok Sendiri) of satisfying their own creative need only.

Back to the A&P, RM2 million is a big sum of money. Why do you need to incur cash for that when you can get broadcasters to spare unutilised airtime that does not even require cash outlays? What this mean is, you will have to dilute your equity share in the movie to the broadcasters. Although on the surface, you may feel that it is a loss financially, but you may not even get the revenue in the first place had you not do the A&P in a mass manner.

In the end, the success of the movie financially, may give you a positive net position after deducting the loss of revenues carved out as a result of the dilution of the equity stake. This is all sensible economics.

Producers must have in mind the tastes of its intended audience. They cannot be stuck in a self-indulgent mode of satisfying their own creative need only

In a small market like Malaysia, partnerships produce the best outcome. If not, why would two giant nemesis, such as Media Prima and Astro, go to bed together? The answer is, to maximise their economic benefits.

This is of course, driven primarily from revenue generation, but one must not forget that cost optimisation is equally critical in determining economic benefits. For what is the point of generating revenues when the bottom line is a small margin, or worse, negative margins.

In the context of production cost optimisation, the presence of the synergy between the right and left brain is very relevant. Whilst you strive to ensure the best of creative content, you must not lose focus on the objective of it all, that is, to make money. Creative content should never be myopically viewed as arts and culture only. It must be reimagined into an industry. An economy. A ’Creative Economy’. 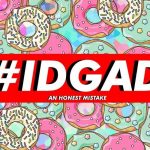