PRODUCTION management is an important function to any creative business. Not only it embeds both the right and left brain, it is also a crucial determinant for profitability on par with revenue generation. Many production houses make the mistake of not planning their production activities and have taken the ‘cowboy’ or langgar (‘Just Do It’ approach) attitude. It is this mindset that often destroys the financial viability of a creative project be it a movie, TV series, theatre production or even animation.

Let us start with the question “Do you have the necessary equipment?” This is a function of many things such as what kind of production, size of your budget, expectations of the intended audience or buyers as well as the state of technology. Broadcasting production for football games for instance, will require outdoor broadcasting vans (‘OB Vans’), satellite feed and possibly a crew of 10 cameramen scattered around a football field. Do you buy or do you rent such equipment?

A production that predominantly uses indoor studios may not need such extensive set of equipment. A ‘live’ event can have a more robust set of production equipment than a mere recorded production. For example, Anugerah Juara Lagu (‘AJL’) requires a bird’s eyes view that moves across an indoor stadium. Such shot requires a ‘Jimmy Jeep’ camera extension.

Audience at home watching TV may prefer to have some form of Augmented Reality (‘AR’) happening on their screens such as what was done with Altimet’s performance at AJL in 2018 where the words “Amboi! Amboi! Amboi!” were popping up and down on the screen. AR requires equipment such as VISRT. So, whether or not the production is ‘live’, scripted, indoor or outdoor; a careful consideration is required to ensure adequate and not excessive money is spent for capital expenditure or rental of equipment.

One important thing to not be missed is that, production cost becomes cheaper overtime as technological advancement progress disruptively. Although investing in new technology can be expensive, the subsequent periods will benefit cost savings. This includes Computer Generated Images (‘CGI’), sound effects, colour-grading, dubbing or voice overs, subtitling, music overlays and a whole suite of post-production gadgets.

Now, TV and Film production is done via High Definition (‘HD’) that is far superior compared to the Standard Definition (‘SD’). In fact, the hype of 4K has now moved on to 8K and miniaturisation like GoPro. Digitalisation of processes is the talk of the day. Everything is done digitally from recording, editing, file transferring, ingesting, transmitting and what not.

Many broadcasters spend millions of funds to convert their library of content from the traditional tapes into digital files. In Media Prima for instance, their 30 years’ worth of content amounting to almost 100,000 hours had undergone massive digitalisation conversion that costs a bomb. In the end, 50% could be saved and the rest not useable due to physical damages relating to the inferior medium preservation quality of those tapes.

Some content requires a long gestation of research particularly period movies like history adapted stories. ‘Puteri Gunung Ledang’ for example, had detailed research on Hang Tuah from both Malaysian and Indonesian sources

Whilst cost saving is the benefit of new technologies, it does present financial burden. Obviously, those without cash or credit facilities from the financial institutions will not be able to embark on such capital expenditure. Rental may be expensive due to scarcity of the equipment in the market. What is worse is that, even if you have the money, the impact on your Profit and Loss may be detrimental without you realising it.

In the end, you may have to depreciate it across 2 years at an annual rate of RM10 million. Not only will you incur higher depreciation, you will now require to fork out huge amounts of cash to invest in the technology at the inception. Therefore, as a businessman, creative producers need to strike a balance between renting or buying those technology, be calculative in financial benefits such as efficiency that saves staff cost, rental cost, utility cost and storage cost as well as consider the output of applying those technology.

Source of funds may also incur finance cost if they are in debt instrument formats. In such cases, time is of essence

Earlier it was noted that planning is important for production. Good planning during pre-production stage can be a crucial determinant to cost savings during the production stage. Securing the story, Intellectual Properties (‘IP’), scripts, directors, casting and crew for instance may take up quite considerable amount of time. As long as the bill has not yet start ticking, planning for all these will make life easier later on. Some content requires a long gestation of research particularly period movies like history adapted stories. ‘Puteri Gunung Ledang’ for example, had detailed research on Hang Tuah from both Malaysian and Indonesian sources.

Securing funds to finance any particular production can also be painful. In Hollywood, many production houses would not start their production unless 70% of the budget has been backed by confirmed sources of funds. Some may even get the distributors to finance the remaining 30%. In such cases, the producers must be willing to dilute its equity share in the production to allow attractive Return on Investment (‘ROI’) to the financiers.

Source of funds may also incur finance cost if they are in debt instrument formats. In such cases, time is of essence. From the day you start borrowing to the day you complete the production, the clock ticks non-stop accumulating interest expense daily. In fact, it continues to tick even if you have completed the production because then, you will need the throughput time of releasing the content to the cinemas, TV and on-line platforms and wait for collection to come in. So, another mantra worth remembering apart from ‘Planning’ is “Delays in production loses your money”.

One obvious determinant of production cost is the location. Earlier we had touched on the subject matter of ‘live’ versus studio and indoor versus outdoor. Now, geographical location also makes a lot of difference. Shooting at home (Malaysia) versus shooting overseas will obviously have significant differences in the cost structure. ‘Anna and the King’ was not shot in Thailand. It was shot in Malaysia. ‘Star Wars Episode 1’ was shot in Australia. ‘The Lord of the Rings’ was shot in New Zealand. When that happens, the entire production crew will have to be transported to the different countries. This may also include transportation of the equipment.

In the case of ‘The Lord of the Rings’, the production that had taken years to complete, was required to also incur costs of living for the cast and their families that joined them in foreign countries. Careful planning of the production is necessary because, as mentioned earlier, “Delays in production loses your money”.

In the US, TV series productions are known to make ad hoc decisions based on the popularity of the characters. They will kill any particular character when such character has no traction

Agility and nimbleness is the attitude any producer should have. They need to be fast, efficient, in and out smoothly. They need to capitalise on all opportunities and not do things too many times. Creative process is not absent in this mindset because in the end, it is the creativity of the content that will sell. This means flexibility in amending story lines or scripts to suit current requirement.

In the United States (the ‘US’), TV series productions are known to make ad hoc decisions based on the popularity of the characters. They will kill any particular character when such character has no traction. For example, ‘Star Wars’ was quite fast in limiting the character Jar Jar Binks.

Synergising multiple shots per location saves a lot of money. ‘The Lord of the Rings’ has many shots taken during the first movie that had been used later on in the second and third sequels. Another similar cunningness would be the use of the same props over multiple productions.

‘Puteri Gunung Ledang’ theatre musical adaptation uses the same props over many rounds of shows across 10 years. This is obviously cost efficient rather than a single shot of an exploding car – or many takes that involves many explosions, and many cars too. Cinematography of a particular production needs to balance between shots and costs, because, again, “Delays in production loses your money”.

Part II will be published next month. 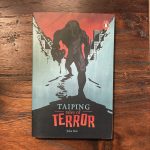