“The most anticipated local film ever”. That was what people were saying on social media about ‘Daulat’, dubbed “Malaysia’s First Political Thriller”, now streaming for free exclusively on iflix.com.

The buzz began a few months ago when a couple of clips emerged on social media that immediately set Twitterjaya on fire. In one of the clips, a man and a woman can be seen plotting and talking about liberal values, Sun Tzu and Divide & Conquer. With all the local political shenanigans that have been happening in the past couple of years, the dialogue simply hit home.

In another clip, the same two people have a tense confrontation complete with, um, colourful language. “Wait, is this really a Malaysian film?” people asked. The producers had scored a 10 on the intrigue scale.

The drama heightened when it was made known that the film was struggling to get the all-clear from the good folks at LPF (Lembaga Penapis Filem). Director and co-writer Imran Sheik then revealed in the media that they were now considering streaming platforms as an alternative to a theatrical release.

And on 31st March, the iflix announcement was made. “100% UNCENSORED”, the official @daulatmovie Twitter account posted. Twitterjaya rejoiced.

Produced by Lacuna Pictures for a modest RM500,000, ‘Daulat’ revolves around MUNA president, Hassan Bana (Tony Eusoff), who decides to elect Suri (Vanidah Imran), his political protégé, as the party’s vice president following its loss during the general election. Suri is willing to do anything to achieve her goal, including ensuring that MUNA wins at the next election no matter what.

Gendang caught up with Tony over the phone a couple of days before the film’s release to get the dirt on his ‘Daulat’ journey.

How did you get involved with ‘Daulat’? What was the pitch to you?

Well, I first got to know Imran when he was working on the series ‘Jibril’ for (streaming platform) Viu in 2018. ‘Jibril’ apparently started as a mock trial at UiTM, written by Imran. So, he was around for the initial part of the shoot, overseeing things and all that. After ‘Jibril’ finished shooting at the end of that year, he approached me and said that he was in the middle of writing this political thriller that he was also going to direct and produce. So, we kept in touch, and he also asked me for leads on some suitable people to contact about the project. He was literally starting from scratch, but he picked up the pace, called people up, got more pointers from those in the know, and next thing I know, he was ready to roll.

What were your thoughts when you first read the script?

I was excited simply because it was the first of anything politically related. I liked the story and I felt it was sellable and will excite the people. As for the casting, although he’s a newbie, Imran managed to pull in experienced actors. I mean, Vanidah is one of the most prudent people around and Imran managed to convince her to come onboard. So that was a pretty big deal.

I came in with slightly low expectations, to be honest, him being a first-timer. I had to have my guards up, so I had my plans B, C, D, but I didn’t have to use them. I was thinking, oh no, was this going to be another “wannabe” production? But to my surprise, my schedule was kept to a T. My (number of shooting) days were honoured, and working conditions were great. I was surprised by the execution from A -Z, and everyone was just professional. And not just in terms of the cast, but also the production backbone. Imran brought in a really good and experienced producer, Siti, who guided him along, and also a great tech crew. He made sure he got the right team.

Yeah, everything was done very smartly within the budget. It didn’t try to be what it wasn’t. But I have to share with you that the catering was really good! They got this lady from Gombak who didn’t own a restaurant or anything, but she would mix and match the food quite creatively. I mean, she served sambal hati, dude! Mana production lain ada… Don’t underestimate the importance of good catering. When things get heated during production, it’s good when you can take a break and have a drink together or some nice food. There was one day when we had to shoot at a hotel, so we only had hotel food on the day, and it was depressing! (laughs)

What about Rashidi and Vanidah and their personal circumstances during the shoot?

By that time, Shidi and Vanidah (who play husband and wife in the film) were already broken up, but they were professional as f**k. They weren’t chummy, but they presented themselves well. So that was really great for the rest of us.

So, you didn’t have any worries about the film at all? That maybe it would be stranded at LPF and end up not being released?

Well, I did think in the beginning, biar betul mamat ni… but Imran was so adamant about so many things, and I saw him following through. He told me that there were concerns, but he had other strategies; Plan A, Plan B. He had all these contingencies in mind. Imran’s an entrepreneur and he he talked a lot of business sense as well. And when people talk real like that, you just have to be convinced.

Tell us a bit more about your character.

I play Dato’ Sri Hassan bin Banna. He’s the outsted PM and his party is desperately trying to regain power at the next general election.  Admittedly, there’s a lot of parallels with the local political scene but it’s all fiction. But it’s good when people talk about the similarities. It’s up to them. Personally, I don’t mind being part of any controversies…. I’m in the twilight of my career and it’s tough to stay relevant, especially when I’m crap at doing Insta Stories and all that stuff! (laughs) I salute those who are good at it though.

What was your reference for your character?

Obviously, stuff like ‘House of Cards’, but this is not like a Malaysian ‘House of Cards’. It’s a political thriller, but I don’t want people to have such huge expectations.

What sort of reaction are you expecting from the audience?

I think it’s futile to expect people to not draw parallels with what’s been going on out there, but I hope people would take it as it is. Is politics as dirty as what’s been portrayed? I believe it is. But we can’t know for certain unless we’re part of it ourselves. And politics aside, ‘Daulat’ is all about good storytelling. 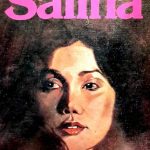